Organic food is food that is free from all genetically modified organisms, produced without artificial pesticides and fertilizers and derived from an animal reared without the routine use of antibiotics, growth promoters or other drugs.

Once only available in small stores or farmers’ markets, organic foods are becoming much more widely available. 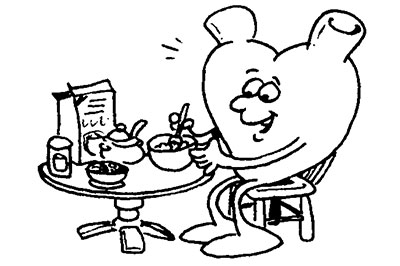 Organic foods have been shown to improve your immune system, help you sleep better, shed the excess weight more easily, and improve your blood work just to name a few. Organic food can boast intense, realistic flavors, and a higher vitamin and mineral content.

And though logically it makes sense to consume a diet based on organic foods, some worry about the cost. But with careful planning and preparation, going organic is actually quite affordable. And, the peace of mind knowing you and your family are consuming foods that haven’t been treated with pesticides or genetically altered is worth the extra money spent.

The pesticides used by conventional farmers can have many negative influences on your health, including neurotoxicity, disruption of your endocrine system, carcinogenicity and immune system suppression. Pesticide exposure may also affect male reproductive function and has been linked to miscarriages in women. Additionally, conventional produce tends to have fewer nutrients than organic produce. On average, conventional produce has only 83 percent of the nutrients of organic produce. Studies have found significantly higher levels of nutrients such as vitamin C, iron, magnesium and phosphorus, and significantly less nitrates (a toxin) in organic crops.

So it’s a smart idea to buy and eat organic produce and free-range organic foods as much as possible for maximum health benefits. In addition, the knowledge that you’re supporting the organic foods industry that is dedicated to protecting the environment by steering clear of harmful pesticides and chemicals that can result in the loss of topsoil, toxic runoff and resulting water pollution, soil contamination and poisoning and the death of insects, birds, critters and beneficial soil organisms should help you feel even better.

Changing How You Eat

Do We Get Enough Nutrients from our Diets?

Eating Healthy On A Budget