Break Free from the Rat Race

It’s true. Home businesses are altering the lives of thousands of people — for life.

I believe you deserve to know more about how the same can occur for you.

It’s been my experience that most people don’t live the life they want to live because they haven’t got the time, or they haven’t got the money. Whether they’re scratching out a living or earning a substantial income that eats up too much time, people are struggling all over the world. It’s because they’ve never learned how to earn real money. No one’s ever taught them. 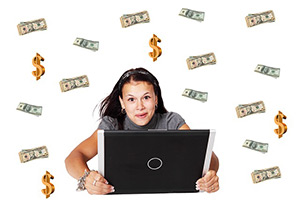 It’s about breaking out of a programmed cycle first; it’s about freeing yourself from misconceptions, misperceptions, old belief systems and plain old trash you have in your head about accumulating and possessing financial abundance.

When people aren’t enjoying the abundance they think they deserve, they usually blame outside circumstances. Granted, it may have been the circumstance that put you there initially, but it’s your mind that locked down the chains.

People who live in abundance have simple, multiple sources of income that require very little time or capital and can be put in place easily outside of their primary job.

There are really just three steps to a better life:

1. Mindset first.
2. A Network of like-minded people supporting you.
3. And Multiple Sources of Income.

“Successful people make decisions quickly and change them, if at all, very slowly.”

Override your urge to put this off. It’s not just about making a lot of money — it’s about breaking the cycle .. for life.

Every millionaire and billionaire will tell you — as your network grows, your net worth explodes. But only if you’re associating with the right people. The truth is, it really doesn’t take that much to achieve your dreams. It’s not about effort, it’s about the environment you create around you.

Just 3% of the world’s people control 97% of the resources. Over the last 100 years, and despite wars, coups, depressions and recessions, that 3% has remained — and will continue to remain — constant.

In your lifetime, this statistic will not change. But you can change your position in life in relation to that third percentile. You have the choice: Either travel with the rest of the crowd — the 97% who just make it by in life, or participate with like-minded people in the quest for financial and time freedom.

As I’m looking out the window of my home office today I’m thankful for the 10 second commute I have from my bedroom to my home office and the traffic jam tripping over my dogs in the hallway.

You too can begin to enjoy the many benefits provided by a home business if you’ll only change your mindset, get involved with the right people, and build for yourself another source of income.