Don’t Get Cooked in the Squat 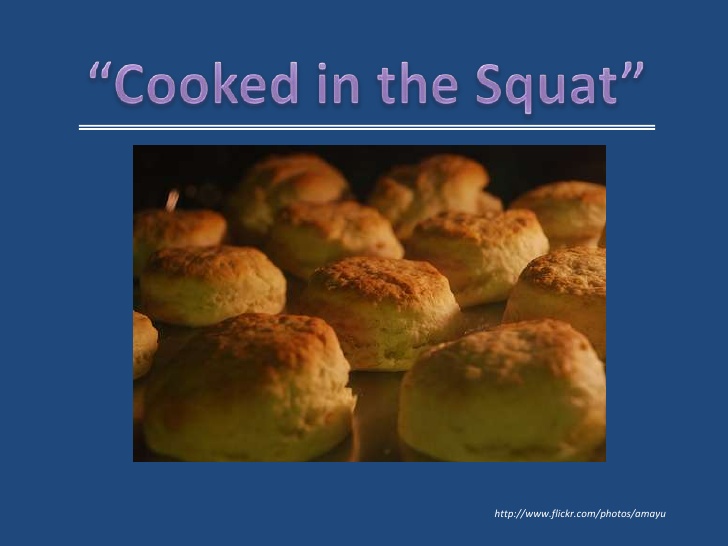 Have you heard the story that Zig Ziglar tells about a little grandmother who cooked some biscuits that failed to rise and came out flat?

When asked why her biscuits were flat she replied, “I guess they squatted to rise and got cooked in the squat.”

We laugh at the story, but I wonder how many people get cooked in the squat. They have dreams for their lives, but never really get going towards achieving those dreams.

We look around us each and every day and see people like that. Instead of rising up to a task, they squatted to rise and got cooked in the squat! It has even happened to all of us from time to time. But those who make a career of it….

You see them in every situation. They spend so much time getting ready to go, that they wind up staying home. The preparations they make for a job are fantastic, but they wind up on the shelf with all the others.

How many times have you seen somebody who’s excited about something… but there’s always something that keeps them from getting started?
Perhaps they’re waiting to get more time in their lives… you know when the kids get out of school, when their job settles down, or after the holidays. Or, maybe they’re waiting for some other situation to change like after a new website is online, or a new product line is announced. Or maybe they really like to have everything nicely organized… they’re gonna get everything lined up, prepare a detailed plan of action and then really throw themselves into it full time.

Have you heard someone in your organization or perhaps a prospect say something like, “you know I’m really excited about this deal and I’m really going to get involved, but I’m waiting for… (whatever) and then I’ll have more time and I’ll really get involved…and boy, will I begin to take off then.”?

Sadly, many of these people have been saying exactly the same thing for years and will likely continue to say it for many more years. Instead of recognizing that NOW is the best time to start… they keep waiting for something to change in their lives, and when it does change… they begin waiting for something ELSE to change.

They squatted to rise and got cooked in the squat! And they get nowhere in life, and it’s not their fault. After all, they were getting ready.

One of the most important lessons you can ever learn is that it is essential to act NOW to achieve your goals in life. Otherwise the opportunities of life slip past you, as you are “cooked in the squat.”

People who WAIT for changes “external” to themselves before they do anything “internal” invariably end up getting cooked in the squat.

Don’t be a gonna doer or a half-a-minder. Begin today to do something… anything… just don’t keep waiting for something else to change. Because it ain’t gonna change.

Don’t get cooked in the squat!

So then my friends, WHEN?
If not NOW, WHEN?
If not you, WHO?
I understand, it’s Thursday….wouldn’t Monday be? No?
OK, you’re right. I’ll get right on it tomorrow.
NOW or no.