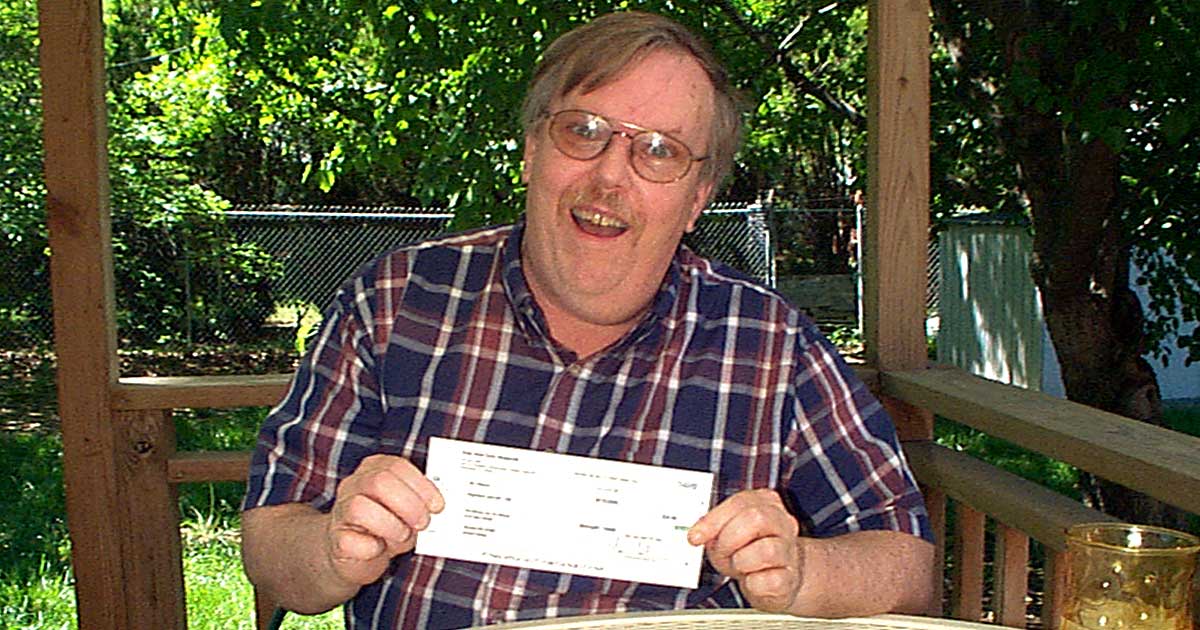 The tax-advantages alone can put thousands of cash dollars in your pocket making it one of the best financial moves you’ll ever make.

This may be a decade of tremendous corporate profits and economic growth, but for the vast majority of North Americans, the 90’s have been a dismal, uphill climb. And many economists believe that this next, new millennium won’t be getting better any time soon. 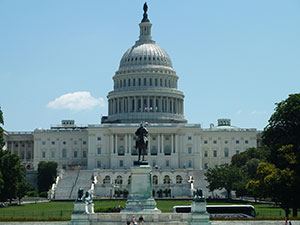 Changing business and government attitudes are the reason. There has seemingly been more anti-business legislation in the last decade than in any other this century. Stronger employment and labor laws, the Age Discrimination in Employment Act, the Comprehensive Omnibus Budget Reconciliation Act (COBRA, which includes mandating health insurance for workers for a period of time after they leave employment), safety laws, much tougher laws for discharging workers, more liabilities for lawsuits, Family Leave Act, Americans with Disabilities Act (which is creating immense numbers of lawsuits), along with higher minimum wages and fringe benefits.

While these acts have beneficial and protective aspects, they have also encouraged businesses to move their facilities. That “sucking sound” popularized by Ross Perot, is not just down to Mexico, but elsewhere as well. The result has been a dramatic loss of heavy industry in the U.S.

The young and the middle-aged alike are realizing that their dream of “having a job with a company forever” is an illusion.

Companies have been downsizing, rightsizing, and capsizing for some time now, and they continue to do so- more now than ever before.

Even the federal and state governments are getting into the act with layoffs and attrition of jobs.

In addition to all this uncertainty and mutual lack of loyalty between companies and employees, even the workers who do not keep their jobs have no guarantee of promotions due to the shrinking number of management positions. These circumstances aggravate the already tryingly long commutes in rush hour traffic and increasingly typical frustrated boss-spelled backwards, that double S-O-B.

Finally, if all this isn’t bad enough, under recent tax laws employees are shafted more than ever with limits and thresholds for their employee deductions and higher social security tax limits. This results in more couples working than ever before and, on many occasions, working more than one job.

It is now almost impossible to have only one job in the family and make ends meet! Today, many households need three incomes just to survive.

Sadly, even having more than one job does not produce any major positive effect on most people’s bank accounts. Why? Because of tax laws. This was well illustrated in 1994 by Jane Bryant Quinn in her Woman’s Day article on “How to Live on One Salary.”

Where The Money Goes-
Ms. Quinn’s example assumed that a man was earning $40,000 per year. His wife (we will call her Lori) wasn’t working. They had more month than money. (Sound familiar?) Lori subsequently got an administrative job for $15,000 per year. You would think this would improve the family’s financial situation, but when Ms. Quinn examined the economics of getting this extra income, the results were startling! 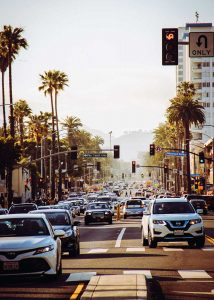 Lori had to pay federal and state taxes on her new income. Since they filed jointly, the family’s combined income was what established their tax bracket. She paid $4,500 in new taxes, most of which was non-deductible, for federal and state income tax.

Lori had social security withheld from her paycheck at the rate of 7.65 percent, which amounted to an additional nondeductible amount of $1,148 being extracted from her salary. She also had to commute to work 10 miles a day round trip, which is probably conservative for most people. This resulted (in 1995) in nondeductible commuting costs of $696.

Lori also had some child care expenses, which give a partial tax credit. Ms. Quinn figured that the amount spent over and beyond the tax credit was $4,250 per year.

Lori also ate out each day with colleagues, spending an average of $5 per day, five days a week. This results in a nondeductible expense of $1,250 per year. (I would love to know where she ate for only $5!)

Now that Lori has a job, she has to have professional clothing; this means a hefty dry cleaning bill. Ms. Quinn assumed that Lori’s increased expenses here amounted to an extra $1,000 per year, nondeductible, of course.

Finally, with both spouses working, Lori wasn’t in the mood to cook dinner every night. They bought more convenience foods and ate out more frequently. This resulted in increased food costs of a nondeductible $1,000 per year in minimum.

Add it all up and Lori’s take home pay was a paltry $1,156 a year, for which she had to put up with a daily commute, an unpleasant boss, and corporate hassles. (See the following summary of all of these numbers, so you can do the math for yourself.)

No wonder more and more people are starting home-based businesses. In fact, there are currently an estimated 30 million people working from their homes.

This has become and will continue to be one of the greatest mass movements in the U.S.

Why a Home-Based Business Makes So Much Sense
There are many reasons why so many people are favoring home-based over traditional business.

There is no commute (unless you have a really big home), no boss, little if any chance of lawsuits, must lower overhead, no employees, (or few), and far fewer government restrictions. In fact, many of the laws previously cited don’t apply to small firms with few or no employees. It is for these reasons, according to Entrepreneur magazine: “95 percent of home-based businesses succeed in their first year and achieve an average income of $50,250 per year with many earning much more.”

There are really two sets of tax laws in this country.

For Lori- and for you- the meaning of all this is simple:

This is an increase of almost 13 times her take-home pay as an employee.

Notice that Lori is not spending dramatically more money than she is currently spending. She would eat out anyway, go on trips and drive her car the same as before. By having a home-based business, however, many of their expenses become deductible. This concept is known as “redirecting expenses.” With a home-based business, she can now deduct some of the expenses that she is incurring anyway.

Renegade Strategy 1:
If you don’t have a home-based business, start one today!

In addition to all the benefits mentioned above, Congress will subsidize you while you are growing your home-based business. If your home-based business produces a tax loss in the first year or so, you can use that tax loss against any other income you have. It can be used against wages earned as an employee, dividends, pensions, or interest income-or you can use the loss against your spouse’s earnings if you file a joint return.

In fact, if everyone in the U.S., who is employed full-time, began a home-based business, used the strategies I suggest, each household could easily save between $2000 and $10,000 in taxes each year.

If all employees in the U.S. did this, the tax bite of the IRS would be reduced by a whopping estimated 300 billion dollars annually. Of course, Congress would have to change the laws for this to occur.

Renegade Strategy 2: Get LUCK- Labor Under Correct Knowledge.
Can You Succeed In a Home-Based Business?

Research has constantly shown that it’s rarely the business that determines success or failure. It is usually the business owner. Why does one person succeed and another fail at the same business?

Some people want the benefits of having their own business, but they don’t take action. The result is business failure.

Then there are the people who are always working. They take action but still fail. The reason is that they are not taking the correct actions, the knowledgeable actions that will bring the desired results. Again, business failure.

It’s like drilling for oil. If you set up a drilling rig in your back yard, it is going to fail at producing oil unless your back yard is in Texas or Alaska. The same rig in a good field will produce a gusher, because it was placed where oil was known to exist.

The point is, most people who get excited about starting their own home-based business do so without all the necessary knowledge.

Consequently, many people quit before they acquire, through experience, the knowledge they need, without realizing that they are getting substantial tax breaks. This leads to another strategy….

Renegade Strategy 3: Learn to duplicate the success of others.
Duplicating the strategy of others is much quicker and more effective than going to the school of hard knocks.

It is also known as modeling, which is well-illustrated by the way The McDonalds Corporation blazed a trail to success that many have since followed.

In the early 1950’s McDonald’s and other start-up companies discovered that they could grow many times faster than the conventional firms through franchising. Instead of the company investing millions of dollars to build new stores, they let independent franchises do it for them.

It seemed like a great idea, but at first no one figured out how to make it succeed on a consistent basis; therefore, the media attacked relentlessly and continually. News articles featured destitute families who had lost their life savings through franchising schemes. Virtually every state attorney general in the U.S. condemned the new marketing method. Some congressmen even tried to outlaw franchising entirely.

Modeling is simply learning what other successful people have done to achieve success in a specific area, and then doing the same thing.

Someone said that “education is the shortcut to experience.” With modeling, you literally leverage your own learning with the collective years of learning through experience of many others. Modeling the success of others saves both time and money and reduces frustration and stress.

The light at the end of the tunnel, for you and millions of others today, is the financial opportunity that starting your own business offers. If you have one going already, then make sure you are enjoying the many financial advantages to which your smart choice entitles you. The tax advantage alone can make a home-based business the single best financial move you could ever make.

Sandy Botkin is a CPA, attorney and former trainer of IRS attorneys nationwide. Sandy’s book, Lower Your Taxes Big Time!, is the best-selling tax book at Amazon.com. He lectures all over the nation on tax planning for self-employed and corporate taxpayers… he’s been written up in Newsweek and many other magazines. He is also a syndicated writer and noted author of this famed tape series “Tax Strategies for Business Professionals” and “Tax and Financial Strategies for Residential Real Estate.” To find out more about Sandy and his products, visit his website here: TaxReductionInstitute.com or e-mail Sandy at: info@taxreductioninstitute.com.

Increase Traffic and Brand Image of Your Blogs

What About Pyramid Schemes?