In the middle of seventh-grade life changed. For reasons not completely understood by me at the time we left our beautiful rural home and moved into the city.

I was suddenly thrust into the chaos of Robinson Junior High. No longer did I ride the bus with other kids I knew to a school where two grades shared the same classroom all day. Here, every hour a loud buzzer would sound and kids would fill the hallways looking for their next classroom. Survival in this urban jungle became a necessary skill I needed to learn in a hurry. I was shocked when kids I didn’t know would approach me for the sole purpose of picking a fight. Meeting after school in the parking lot to defend oneself became all too common. 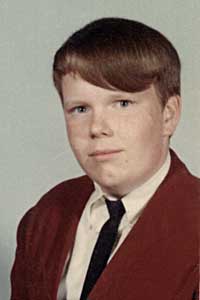 When I was 15 years old, I got my first job working as a dish washer in a small restaurant. Not content just washing dishes, I quickly moved on to become a fry cook in that restaurant. Within a short time I was not only cooking but put in charge of the restaurant for the evening shift and responsible for closing.

I remember the transition to high school going pretty smoothly. Different school but the same craziness I had become used to by now.  I don’t remember seeing police guards in the hallways, no metal detectors, and the worst violence was kids from another high school beating up certain individuals in the back hall.  No guns… no knives. 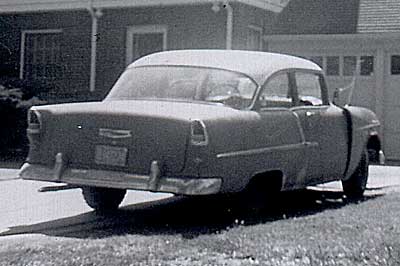 Another benefit in my high school years was getting a drivers license and my first car, a 1955 Chevy.

That transportation sure game me a sense of freedom and I enjoyed driving and working on my car whenever I could.  Then, one day… my first accident.  I T-boned some guy who pulled out in front of me on Kellogg.  Left my car with front end body damage.

At 17, I went to work at a travel agency delivering airline tickets to corporate clients. I was given access to a company car – a sleek red sports car – to use in my deliveries. But, delivering tickets didn’t take all my time. I learned to help the agents by writing tickets and taking reservations over the phone. Within a short time, I was promoted and became perhaps the youngest travel agent in Wichita. I was now responsible for assisting our corporate clients in making travel arrangements and planning tours and vacations for retail clients.

I was young and rebellious then, trying to find myself in this chaotic world. Caught up in the social upheaval of the ’60’s and the drug culture, I made some not so smart choices and my actions became somewhat irratic.

There was the daily body count from the Vietnam War, the Civil Rights Movement, Hippies, and a new understanding of the role of women in society.

It seemed the whole country was in turmoil as activists went to the streets and demonstrated against what they believed to be unjust. It really didn’t impact me here in quiet, sleepy Wichita until pictures emerged of the shooting of four college students at Kent State. That scene infected by psyche and I knew then there was something really wrong going on in our society. 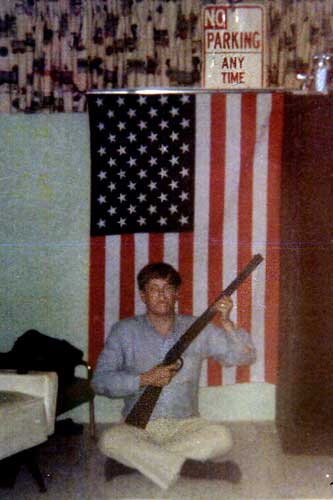 Spiritually, I was seeking God in alternative ways. During the ’60’s there was a resurgence of interest in Eastern religions and religious experiences through drugs. I had stopped going to the Catholic church when I was sixteen but did not reject my belief in God. I thought the traditional church was too narrow-minded and that since God was everywhere, surely I could experience His presence in whatever human means I thought appropriate. Not that I was religious at this point in my life, but I did still believe in God and believed there were many paths leading to Him. Of course my walk with Him was really little more than lip service as I pursued my own pleasures. 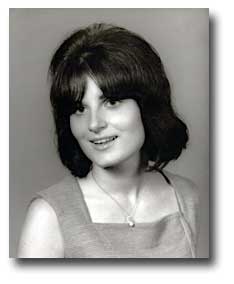 Now there was a gal that would both float my boat as well as sink it after several years. She was the sister of my best friend and we met at a pizza joint where it was love at first sight.  While it was my “first love,” this relationship was to make an indelible impression on my life that sticks with me even to this day. 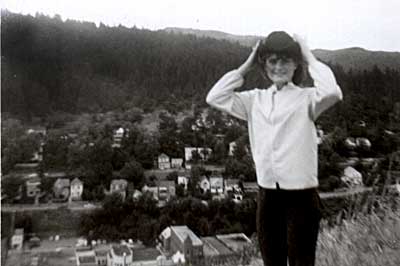 I remember many fun times we had together and really enjoyed her presence.  Holidays and birthdays seemed to take on a new aura and any time I was with her was simply amazing.  I have never felt as close to a person then or now.

I especially remember a trip I 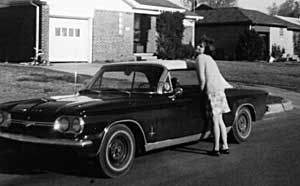 took with her family to Mount Rushmore.  They drove ahead of us pulling a camper and we followed along in my Corvair.

But, in the end I was really stupid in some of the choices I made and essentially sabotaged the relationship. Sometimes when I look back on those times, it’s hard to recognize the selfish jerk I had become. 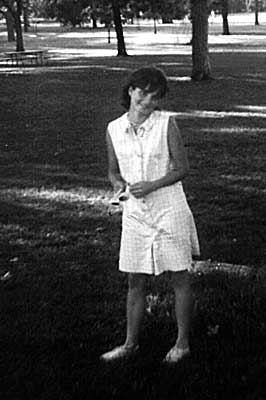 Although it took many years for me to accept the end of the relationship, I never did come fully to grips with how two people in love can break up and go separate ways. I had planned on marrying her when we were older, and I think we mutually agreed we were already “spiritually” married.

We were young then with our whole life ahead of us. I wanted to spend it with her, but she discovered a freedom apart from me in her beloved “East Coast”. Debbie moved to New Jersey and found a new life, new friends, and new ambitions.

I graduated from Southeast High School in 1969 and entered Wichita State University. I was still hoping to reunite with Debbie, but the longer we were apart, the more distance grew between us. I finally made a desperate attempt to win her back when I travelled to New Jersey with two airline tickets: my round-trip and her one-way. The trip ended with a broken heart as I returned to Wichita with both tickets. 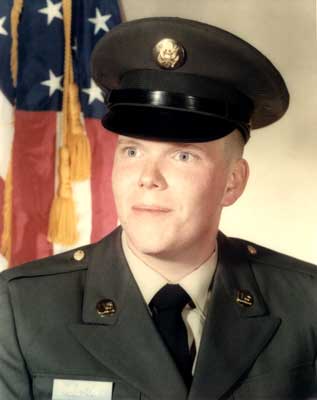 Feeling my life shattered, I dropped out of college and joined the U.S. Army. Basic training at Ft. Leonard Wood, MO and advanced training at the School of Finance at Ft. Benjamin Harrison, Indianapolis, IN. I was fortunate to not be sent next to Viet Nam, rather was sent to West Germany.

I arranged to again visit Debbie before signing in at Ft. Dix, New Jersey and transportation to Europe. I will never forget that last day on May 17, 1971, when I saw her for the last time in the parking lot at Ft. Dix. As the airplane rose from the ground days later, leaving the United States behind, I was to also leave behind any hopes and dreams of a future with the love of my life. I was not to see her again or hear from her for the next 26 years.

It’s a small consolation, but all that I have, as Alfred Tennyson wrote,

I was stationed at a small finance office (39th. Finance) in Hanau, West Germany where I spent the balance of my Army time. There I spent most of my time auditing troops military pay records and preparing document to support their pay.  Since I had previously had some exposure to the military new computerized Joint Uniform Military Pay System (JUMPS) at Ft. Benjamin Harrison, I was leaned upon to help others make the transition.  Our unit was pretty isolated and off the radar for most military brass so we seemed to live a pretty non-regimented life.  In the office during the day and back to the barracks at night where the parties lasted into the wee hours of the morning. 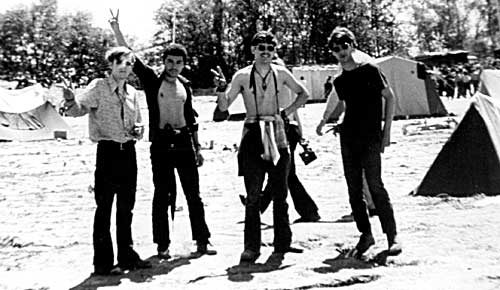 Drugs and alcohol seemed to be a ‘way of life’ in the military and I pursued that lifestyle with a vengeance. Beer, wine, marijuana, hashish, cocaine, amphetamines, barbiturates … all were plentiful and inexpensive. I would venture to say that during the next two years there was not a single day that I was ‘straight’ even though I did not allow drugs to overwhelm me. While heroin was also plentiful, I knew enough to stay away from that extremely addictive and controlling drug.

Once I was promoted to E-5, I was able to move off base into private housing in Bischofsheim, Germany with several of my army buddies.

While in Europe I traveled extensively throughout Germany and visited Holland, Denmark, France, Austria, Switzerland, Greece, Spain, and Africa. I think it was because I was visiting all these exotic places that led me to become more involved with photography. I wanted to better document my travels, and what better way than through photographs.

I also learned to play the guitar, and learned there is a world outside of the United States. 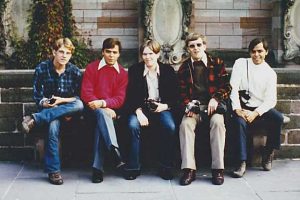 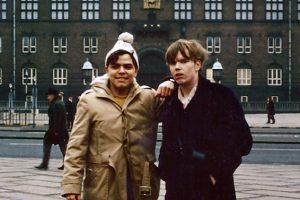 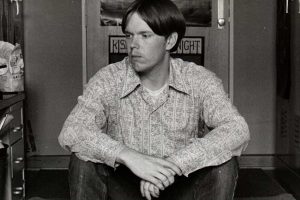 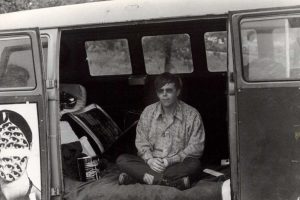 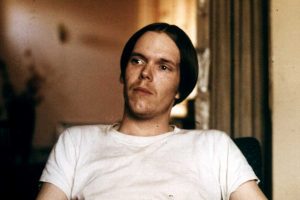 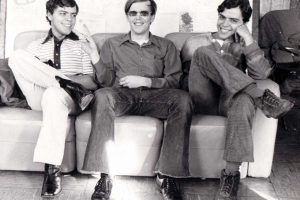 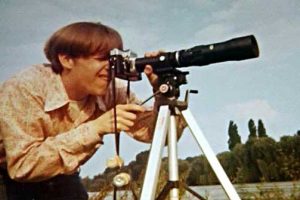 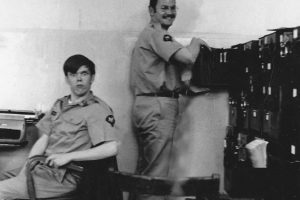 After my discharge in 1973, I returned to Wichita to pursue a college degree and my new found hobby: photography. 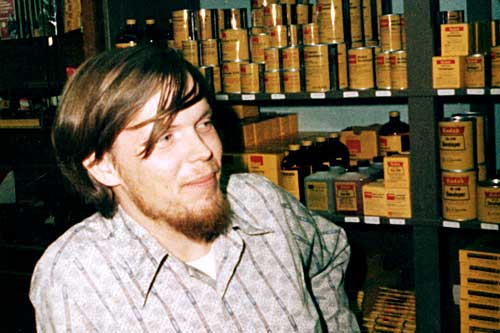 I quickly learned that photography was an expensive hobby and ended up working at the Molers Camera Shop where I was buying all my darkroom supplies. Working in a camera store vastly broadened my learning experience and was challenging because now customers looked to me to answer their questions about a broad range of photographic problems. 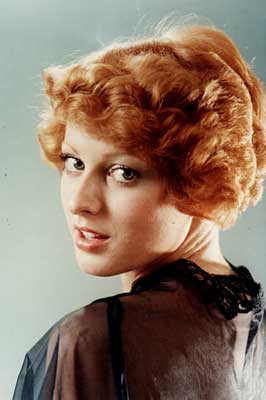 It was here I met Terri Spencer.  She had come into the store to buy a camera (Canon AE1) which I sold her.  Later that day, I worked up the courage to call her from the information I had gotten from the sales ticket.  She accepted my invitation to a date.  The following months were a lot of fun helping her with her photography and other stuff. She eventually moved to Atlanta George where I lost contact with her.

I left Molers in 1978 to begin a freelance photography business shooting mostly weddings and some portraits. 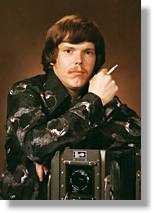 In 1979 an opportunity opened at the Media Resources Center (MRC), Wichita State University where I went to work as a staff photographer and managed the photography lab. My work involved alot of public relations and sports photography in addition to large doses of darkroom time. Working at the University also allowed me to pursue my education in the evenings and I received my Bachelors of Arts degree in Journalism in 1979.