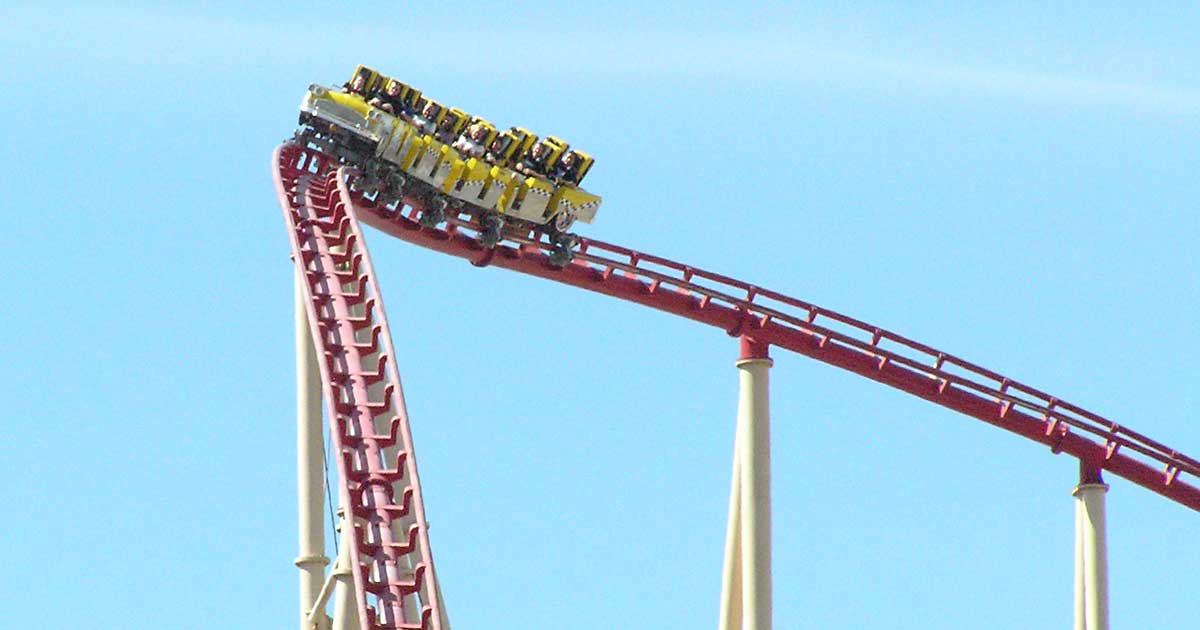 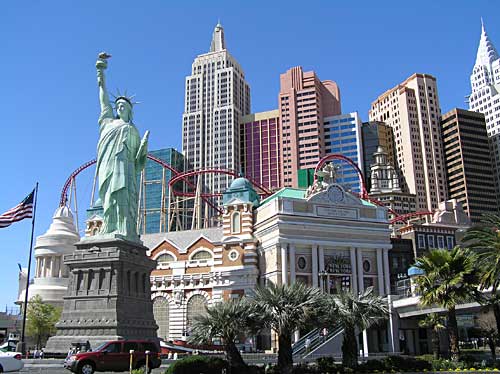 Located at the popular intersection of Tropicana Ave. and Las Vegas Blvd., intertwined within the New York skyline of the New York New York Hotel & Casino in Las Vegas is the The Roller Coaster at New York – New York, formerly called the Manhattan Express. Set in a perfect postcard shot, its surroundings include a replica of the New York harbor, a 150-foot model of the Statue of Liberty as well as several of Manhattan’s popular buildings.

The ride departs the loading station within the hotel and begins up a steep 203-foot lift hill with an awesome aerial view of the south end of the Strip. Don’t get too comfortable, because before you know it you’re speeding up to 67 miles per hour down a 144-foot drop followed by two inversions, a standard vertical loop and the world’s first “heartline” twist and dive maneuver, where the train performs a 180 degree spiral and then performs a half-loop maneuver. Simulating a barrel-roll in a fighter, it rolls 180 degrees, hangs 86 feet in the air, then dives back under itself. The rest of the ride is executed on the roof of the casino, and features small hills and a helix.

One of the tallest, fastest and longest roller coasters in Las Vegas, this coaster has been reported as a pretty violent headbanger. While it was not the smoothest coaster I’ve ridden, it was also not the worst headbanger I’ve experienced either.

The line for getting on this coaster was virtually non-existent when I visited during mid-day in March ’07. I only had to wait for two people in front of me for a front seat. Be aware they seemed very strict about personal belongings carried on the ride. They wouldn’t even let me keep my strap-on fanny pack.