Has it ever bothered you that you work so hard and you look around and see that others, who don’t seem to work nearly as hard, make more money.

They have other people working for them. That’s called leverage.

Your boss, for example, has leverage with you. Because of your work, she gets paid. In traditional business, the CEO makes the most money; the janitor makes the least.

The problem with that is if you are the janitor, at the bottom of the leverage heap, you don’t have much chance of EVER making it to the top. There is only one CEO, and he’s not in any hurry to let you take his place.

But with a new breed of home-based businesses, anyone has the ability to be “CEO”, no matter what your background is. In these businesses you are encouraged to help people build a team and get to themselves to the top. If they get to the top, that helps you get to the top too. If they make money, you make money.

Some people have a hard time with businesses that pay you on the efforts of people down multiple levels. I understand that because I used to feel that way too. But that’s because I didn’t really understand passive wealth creation. It’s not a subject taught in school.

But now I realize that EVERY organization on the planet is structured for people to leverage the efforts of other people. EVERY ONE! Even in non-profit organizations people work to support each other. They LEVERAGE each other’s skills and efforts by supporting each other.

And that is exactly what good business is about: people supporting each other.

You’ll soon come to find out that the person at the “top”, got that way because he or she supported massive numbers of people. You get leverage from others by GIVING to others first. The more you give, the more you get in this business. 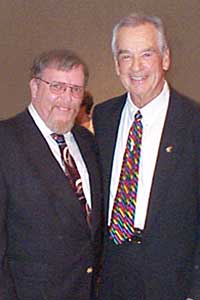 Zig Ziglar says, “You can have everything you want in life if you’ll only help enough other people get what they want.”

Leverage is the principle I love most, because it took a change in my mind and in my heart to truly understand it and apply it. I won’t even go near a business venture now that doesn’t leverage other people (by supporting and benefiting them), because it would be a lonely and selfish venture if it didn’t.

The Bible teaches the same principles. It’s the same method Jesus used in training his 12 disciples who in turn went out and trained others to take the Good News to the ends of the earth [Mark 16:15; Luke 9:1-6]. Because of duplication, systematization, and leverage there is hardly a place on the planet today that has not heard the message.

Help lots of people by giving them the opportunity to create more freedom in their lives.

and you will be paid an extraordinary amount of money!

It may seem like you have everything you need with these three principles, but there is much more.

And there are things you are going to have to understand and do to make the entire system work.

Now, before we go any further – you ABSOLUTELY MUST understand the rest of the principles that make the actions we will take profitable for you.

These principles, not the strategies, will be the difference between success and failure in creating passive wealth.

Let me repeat that… “These principles, not the strategies, will be the difference between success and failure in creating passive wealth.”

In other words, I can show you the strategies I use for building my business and you can begin using them too – but those strategies WILL NOT make you successful. Not until you begin to fully understand these seven principles of passive income, will you become successful in your business.